How to tile a bathroom wall 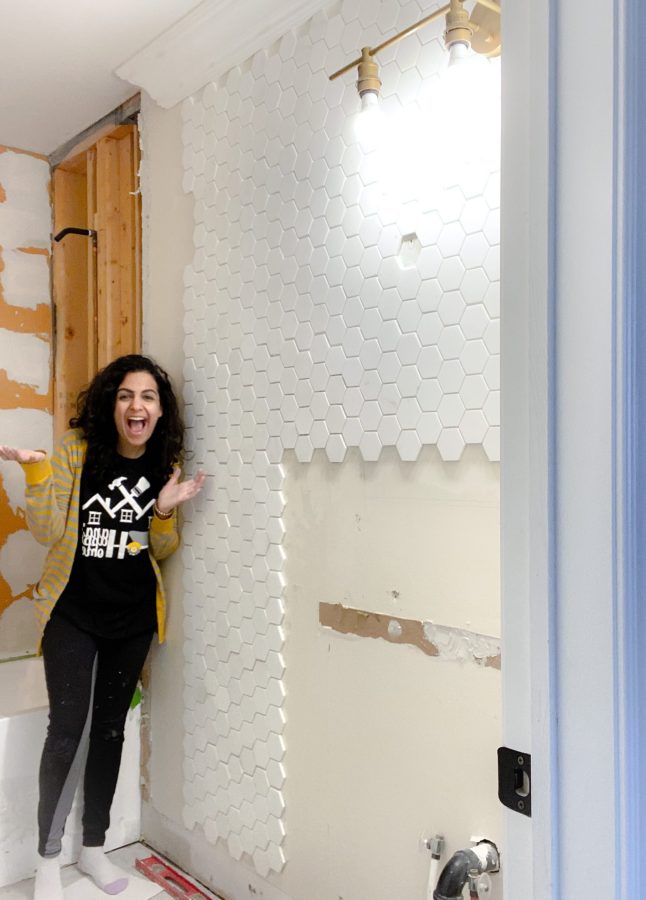 WE ARE FINALLY TILING!! This is super exciting as we have a week to go and still SO MUCH progress to go. I also installed the vanity light. And Neal finished all the plumbing in tub and installed the clement underlay. We are finally rolling!

Asma and I started tiling. Even though I vouched for the musslebound adhesive mat, Neal didn’t want to use it because

Tiling is a 3 step process:

Tiling is 80% complete! SO MUCH LEFT TO DO FOR NEXT WEEK! It’s def going to be a sprint!

Be sure to vote for me in the Jeffery Court Design challenge!

5 tips on how to stencil a wall